Yep. Wouldn’t you know. Our first annual Green Acres yard sale, scheduled for September 6, and which had around ten homes signed up for selling, contracted to about half that, due to the weather. We woke up in the morning to reports of “50% chance of thunderstorm in the morning hours.” Interestingly, only 50% of those signed up decided to go ahead anyway, most of those on one street, mine, Overhill Drive. It was fun, and lucrative, especially in the early hours when hardened yard salers stopped by. Apparently, they were cruising our street as early as 7 A.M.! I was still in bed, and didn’t roll out until around 9 A.M.

We’ve decided to hold a more comprehensive yard sale next year, with more planning, a festive atmosphere and hopefully, many many more people who want to let go of at least some of their stored stuff.

BTW: I bought a lava lamp, and was gifted with a long gown, which I decided to give again, to a housemate. Neighbors exchanging with neighbors. That’s what we’d like to see more of, eh?

Unfortunately, I forgot to take photos. But here’s one from today, leftovers from my yard sale. I just sent this photo to the Green Acres email list, in case anyone wants free stuff that mostly has to do with encouraging rain from gutters to go far away from the house. I’ll leave the stuff out there for a few days, and take what remains to the ReStore. Also, a few free plants . . . 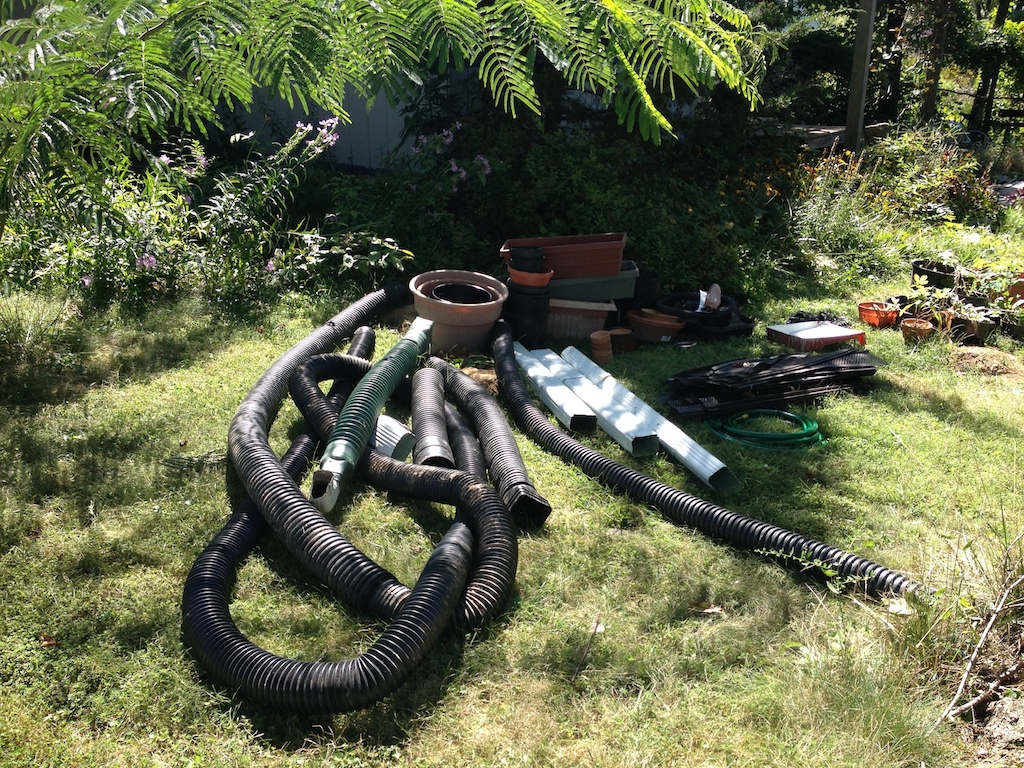