Here’s one of the spring ephemerals. Dan took photos of at least a dozen, in case you want to see and name them. 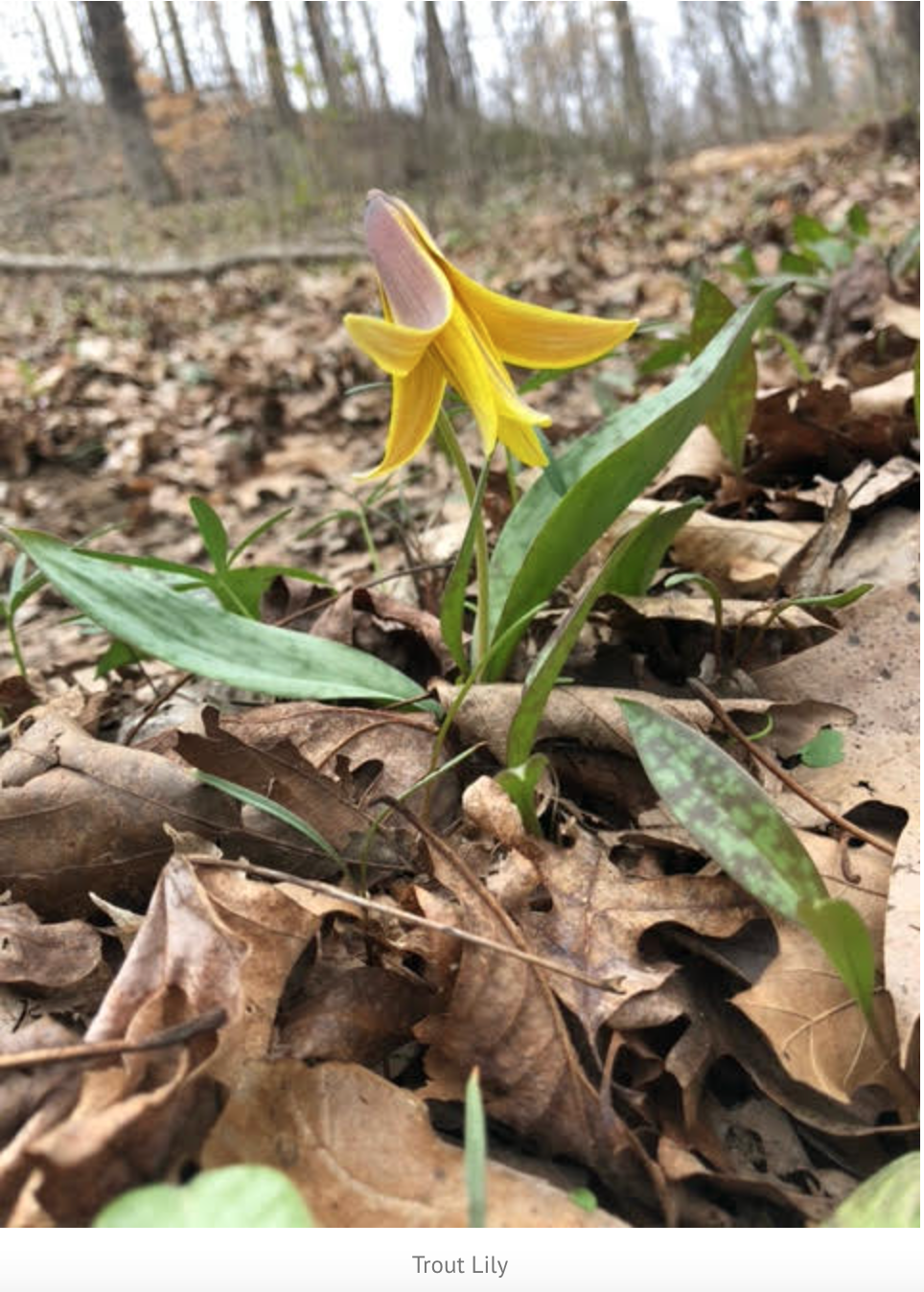 Our dear Rebecca (aka Charisse), who lived here for ten years and was the person who designed and directed the execution of the gardens and paths, patios, etc. around here, while holding this Green Acres Village in her mind and heart the entire time, three years ago started to get restless. She searched to and fro for what she wanted to do next, but to no avail. Two winters ago, she even spent a few months in the Arizona desert in a giant tent with her two dogs, trying to come to terms with her desire to get going again.

At the end of this sojourn she returned, stayed another year, and then, determined to do what she told me recently, she only now realizes she has done all her life — move every ten years! — she decided to just pack up and go. Preparations for her departure went on for months, both within her, and within this place. Several going away parties were held. Several young men who used to live here came by to help us pack the 18-foot U Haul she had decided to rent, in order to take with her everything she owned, including a gigantic three piece couch, and three kilns that she had not ever been able to get working here. And of course, her rat terrier dogs, and her Maine Coon cat, Max. And, yes, hauling her car on a platform  behind the truck, with cat in carrier on seat between her and dogs.

I’ll never forget the morning she took off. A bunch of us were standing there, astonished, at her surety and deftness (how to  turn a corner? how to back up?) at handling that very long apparatus that she had chosen to blast her out of here and once again, into the unknown.

She did have a destination, one of her cousins on the west coast, who had invited her to live with her. But then issues with the vax soon reared up between them and she took off again, this time without knowing where she would land. After several more months in sketchy situations (both long stories worth their own telling), she decided to apply for a position that actually utilized her vast experience and considerable skills. (Up until this time, she had been an Uber driver, then a Lift driver, etc.) She decided to apply for a job that would be “beyond my wildest dreams” if she got it. In order to apply she needed a reference, and for me, that was easy and obvious:  I just went around this place and paid attention to all that she had accomplished over those ten years, as permaculture garden designer, manager, and guide/overseer of the young people who are attracted to this place and want to participate in our “growing community from the ground up” lifestyle.

Well, guess what . . . She got the job. The one beyond her wildest dreams. In Hawaii, and perfectly suited for all the skills and many decades of experience she can bring now to her new life. The first month, March, was the trial month, so she left her animals temporarily with her cousin. But I guess she must be working out fine there, because here’s what she posted on her facebook page, this morning. 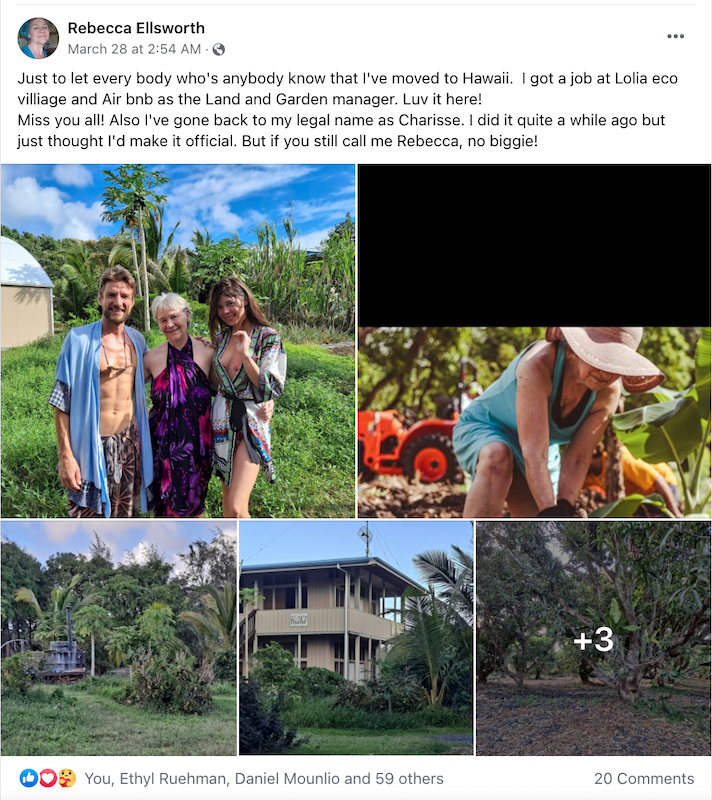 I’ve said for a long time that Rebecca/Charisse is by far the most resilient person I have ever known. Starting when she was 17, she took off on her own and for awhile even ended up “riding the rails.” I’m sure her entire life story would be worth the telling, and I hope she does so, some day.

From the Founder, Ann Kreilkamp:

It’s been nearly two years since anyone has posted on this website. Life in Green Acres Permaculture Village, as a tiny fractal of this astonishingly strange time on planet earth, has been unusually tumultuous, and yet fulfilling at the same time. This intentionally created little paradise, now over ten years old, is proving itself resilient, no matter what. Many tales to tell. Is there time and energy to tell them when life continues to roll along faster and faster, deeper and deeper? Our social media presence has obviously suffered. It’s time to resurrect that aspect of what we’re doing here, so that we can continue to offer vignettes of daily life in this tiny alternative cultural template for how to “grow community from the ground up.”

This post is the beginning. Tomorrow I will start to post pics of life in community now, as we begin our gardening season for 2022 in the greenhouse, dropping tiny potent seeds into the living soil. 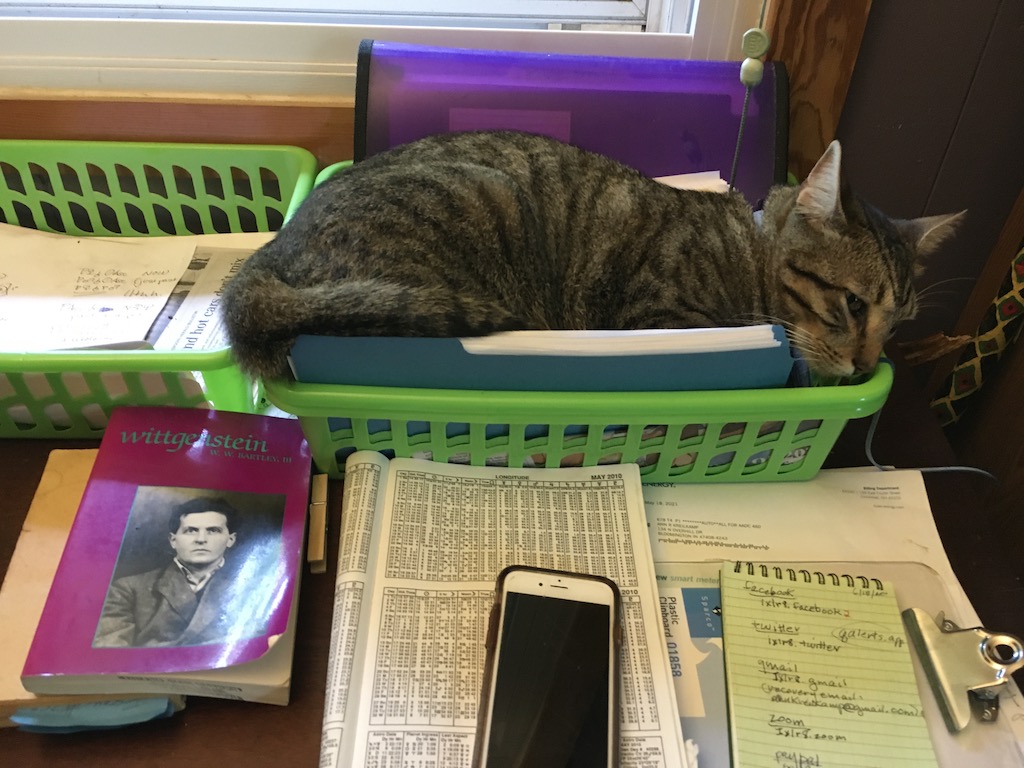 Our regular twice-a-week, two-hour work party began at 10:30 this morning, and everybody who could joined in, one or two at each task, all directed by Cherisse (Rebecca), our Farm Manager for seven years. Plus, this morning, a young man, Daniel, joined us. Here he is (on the right), directed by Andreas, who himself had…

via Life in Green Acres Permaculture Village, May 22, 2020

Only one thing has decidedly changed: No more Thursday Community Dinners for the duration, since they inevitably draw way more than ten people. Otherwise, for we who are more in tune with nature than with the existing culture, not much changes here; or I should say, whatever massive, ongoing changes occur in the “outside world,”…

via Life in Green Acres Village during CV Lockdown —