Our weekly Community Dinner, planned as usual for outside on the back patio, ruptured early on. As the three houses rotate dinner duties, at 6:00 pm new resident and housemate Adam and I met to clean up the patio. We swept the floor, spread out the table cloths, brought out the silverware, plates, and cups, napkins, water, etc. Joseph from next door came out to light all the tiki sticks (mosquitos love mid-summer); friends and neighbors started to trickle in . . . then more and more, each one bearing food or drink! Final count was 25, though, as usual, they didn’t all arrive on time. We were about ready to “circle up” before eating when, oh no . . . a rain drop! Then another and another. Several of us had checked the weather before hand, just to make sure. Yes, thunderstorms weren’t due until late evening, plenty of time for our leisurely dinner outside.

Instantly, we shifted focus. Within three minutes we had cleared the entire area, including the tablecloths, and regrouped inside this Overhill house. Only one trip for each person needed. Talk about team spirit!

A few minutes later we regrouped again, to circle up. Amazingly enough, neighbor Mariella actually got a photo of this part of the evening, our circle winding through the living room into the kitchen. 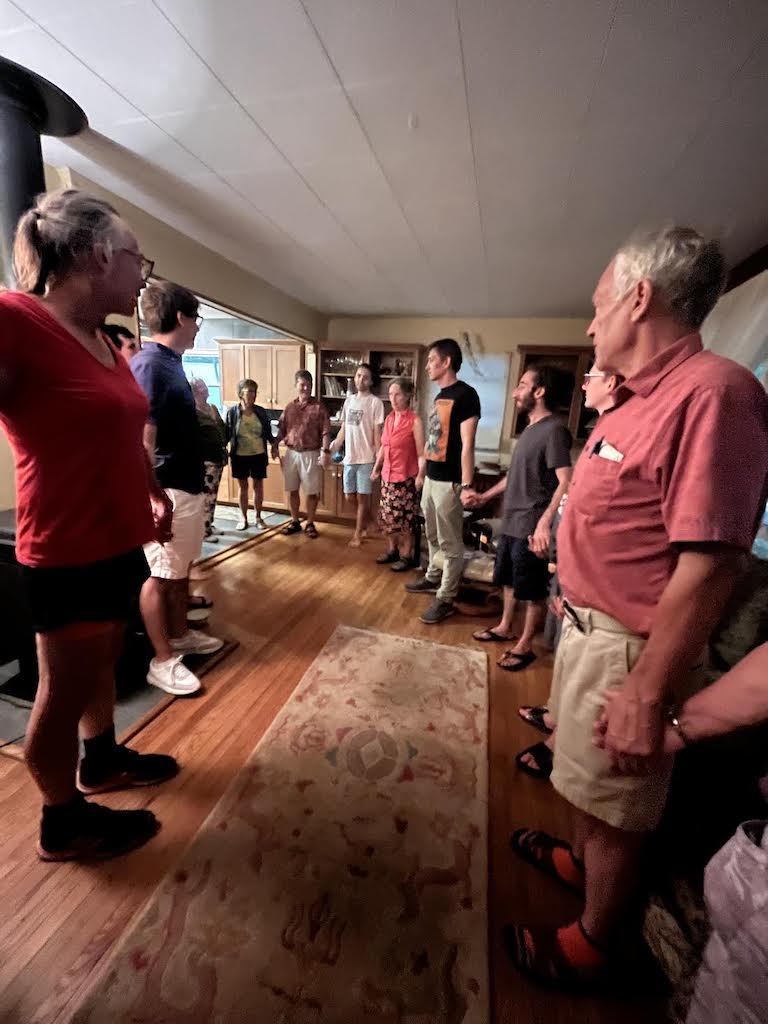 Rather than the usual circle up, where I ask someone present to give the blessing, this time there were two items to be addressed before that. First, it was the day after Daniel’s birthday, so we all sang him what has become our song, for birthdays and other special occasions. (I first heard this heartfelt song at one of the Crones Counsels, years ago.)

How could anyone ever tell you

You are anything less than beautiful.

How could anyone ever tell you

You are less than whole?

How could anyone fail to mention

That your loving is a miracle,

How deeply you’re connected to my (our) soul.

Next, what I had already communicated to the group with the emailed invite, that this regularly scheduled Thursday Dinner happened to fall on the same day as the July New Moon, July 28. As an astrologer, I wrote about that here, and talked a bit about its strong, expressive energies as we stood holding hands. Plus, Joseph had arranged a beautiful altar in honor of this New Moon in Leo. 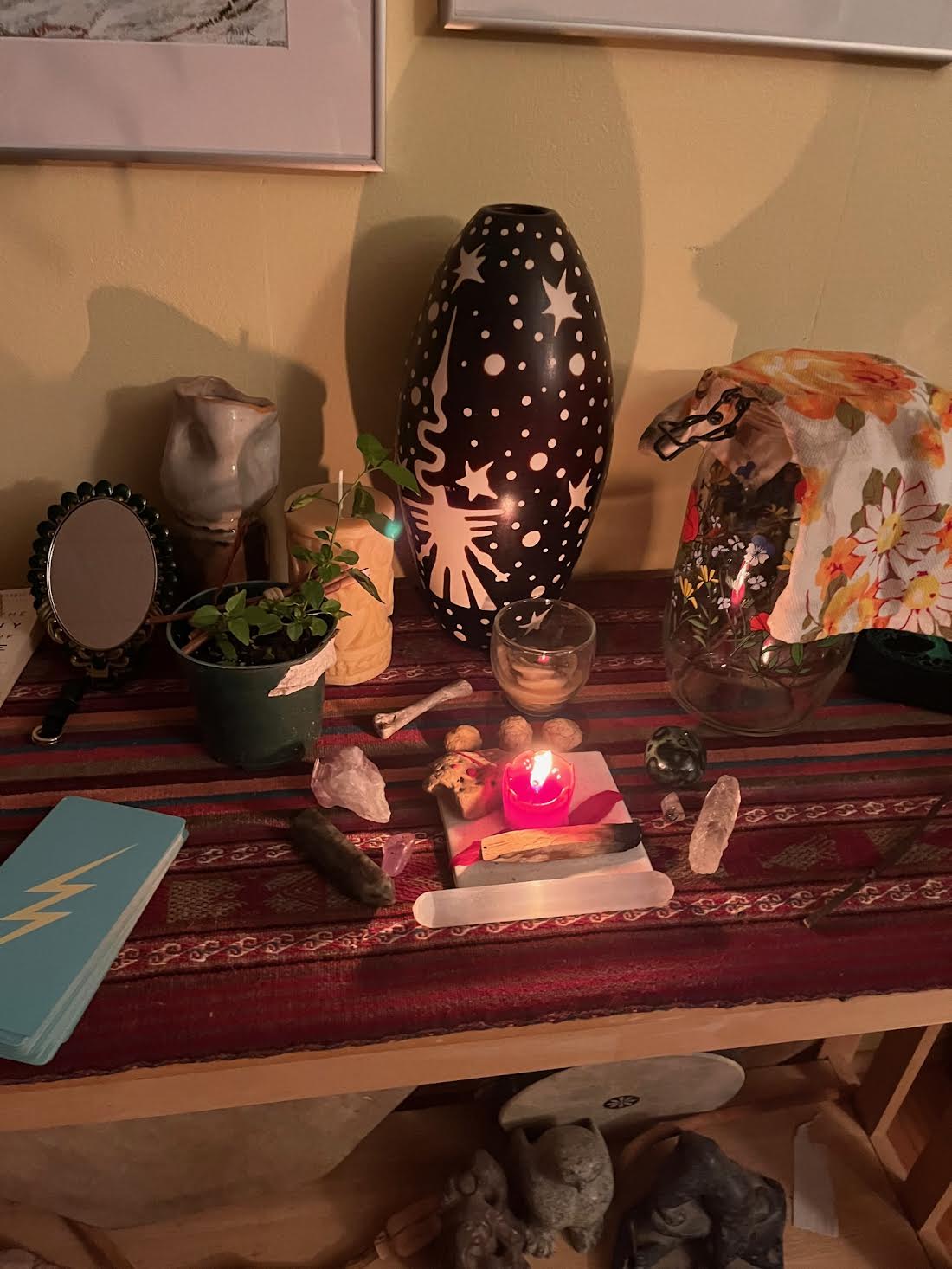 And finally, the blessing, which Mariella offered, beginning with a pregnant silence, in honor of the New Moon. An unusually beautiful blessing, it just poured out of her.

Here she is later, with Dan. 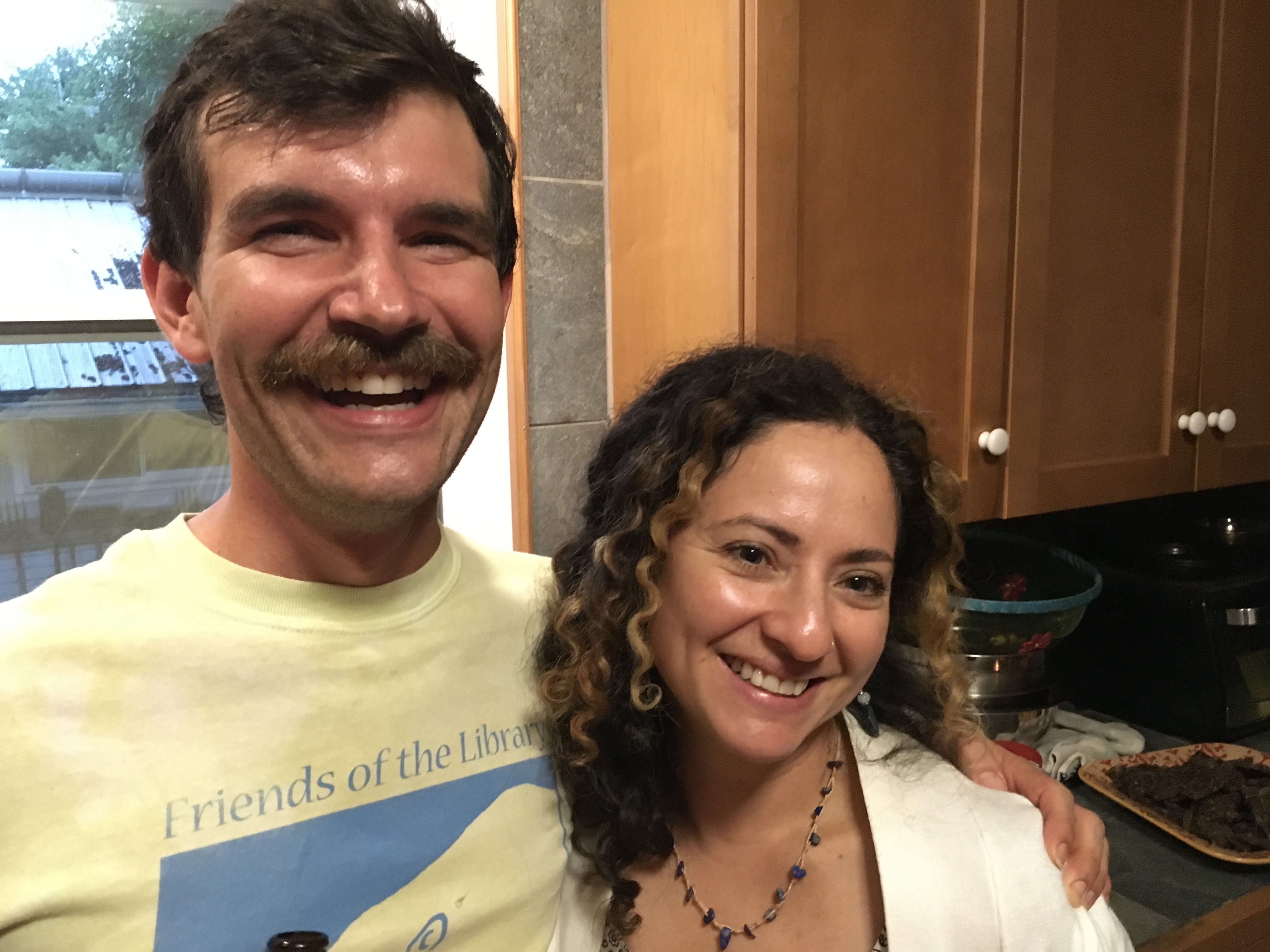 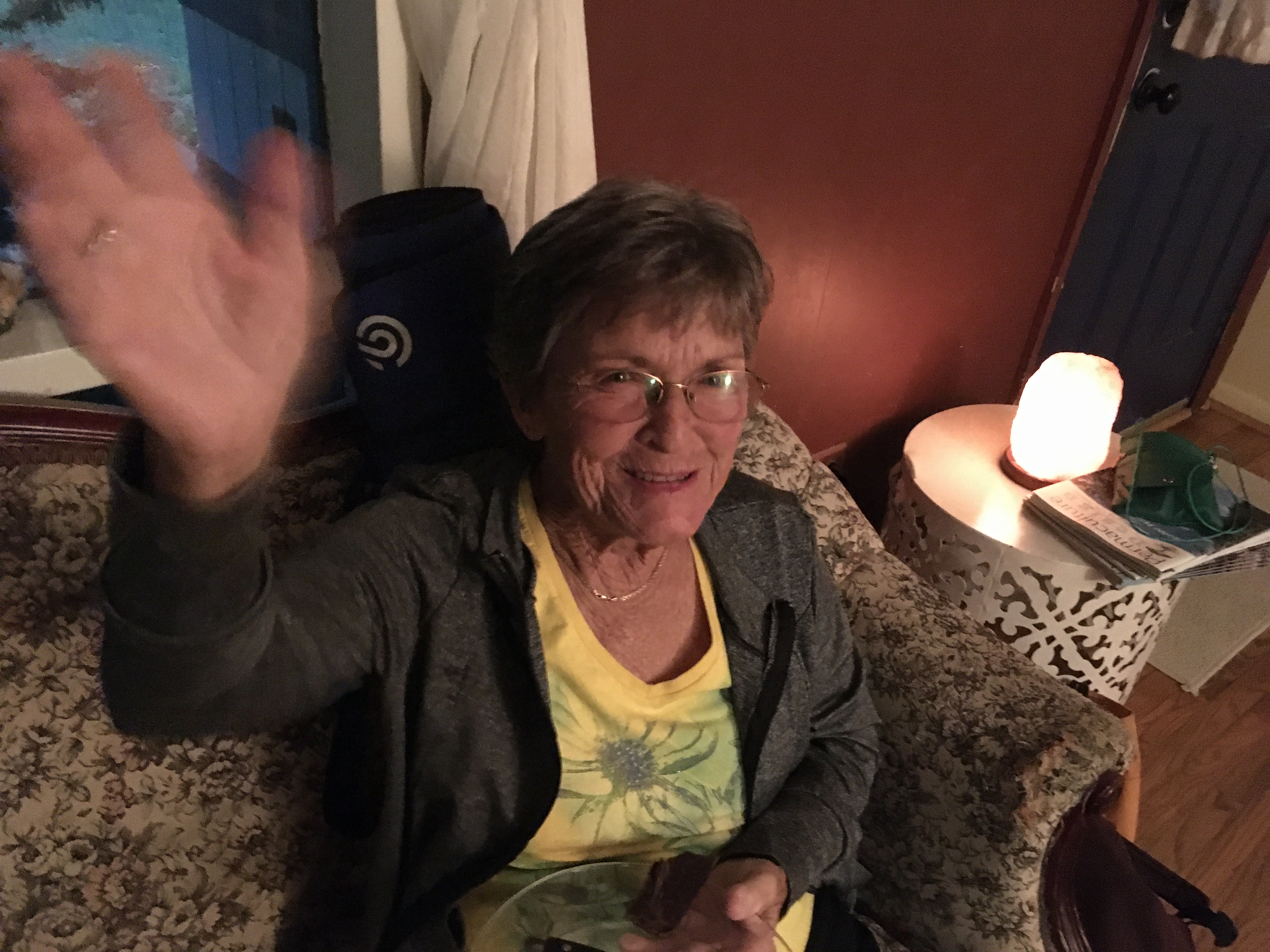 Lots of us spilled into all three public rooms in this house. 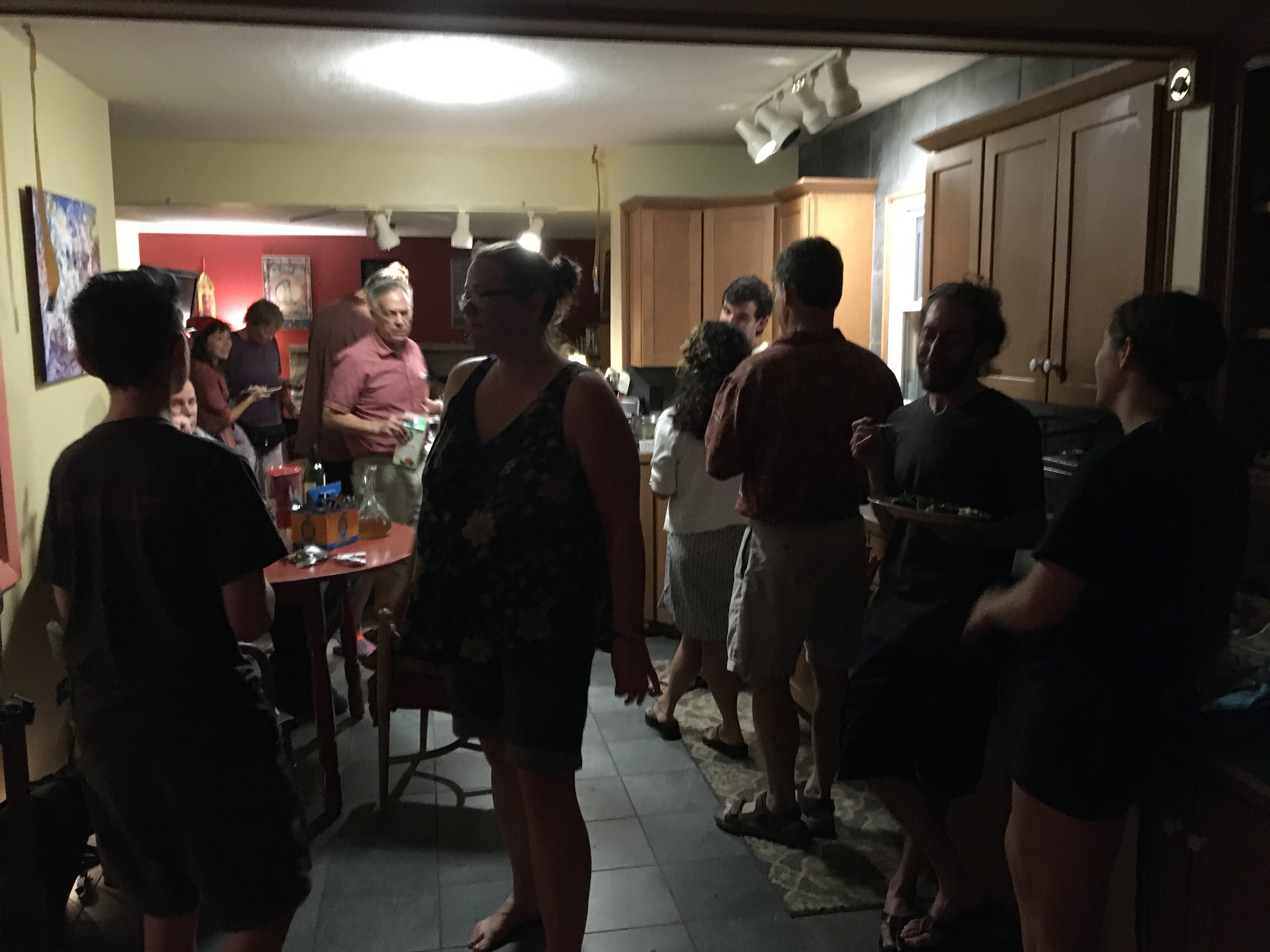 Former housemate Ethyl grabbed both me and my ipad at one point, pointing it at us . . . 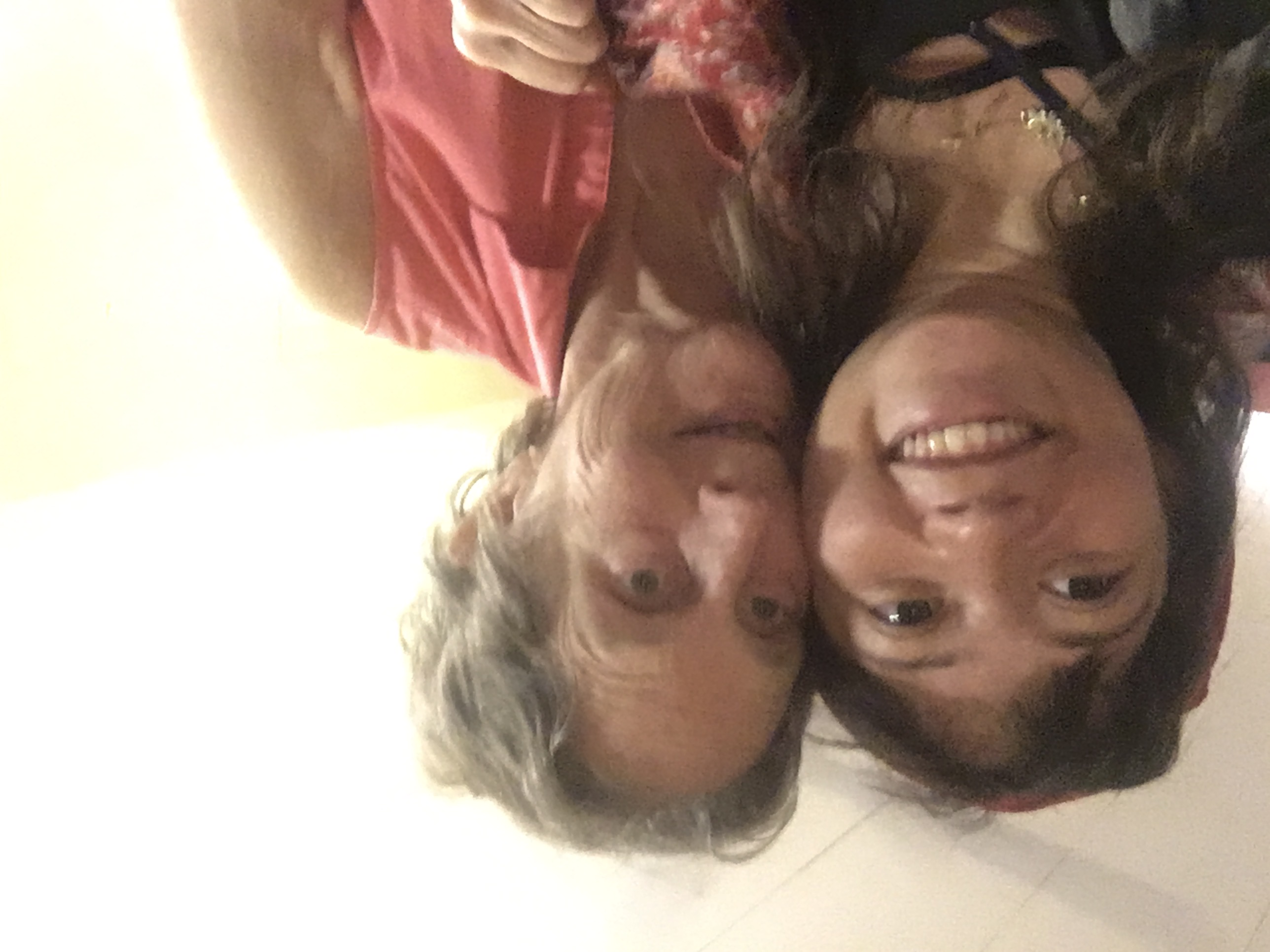 The entire evening, though somewhat raucous — as an astrologer, I had said “it’s time for full-on Leo personal expression, time to be who you really are!”— and boy did the energy pump. Lots of love, lots of laughter.